Dancing with Dementia by Christine Bryden 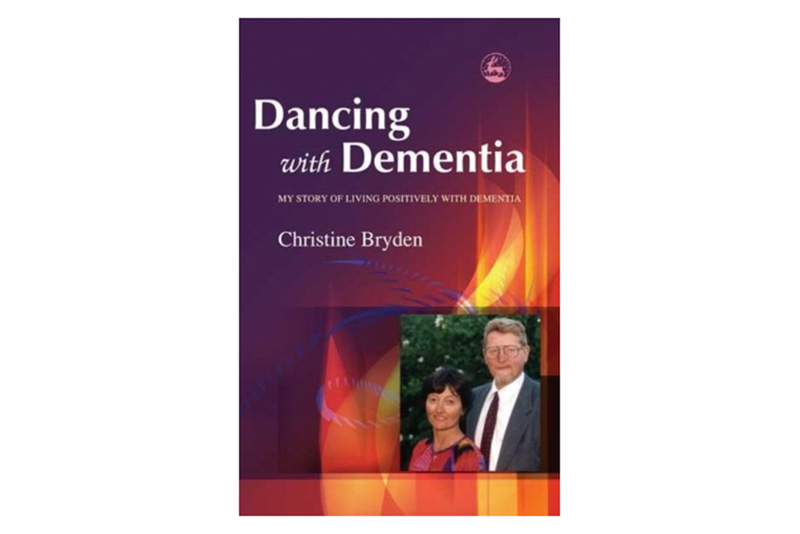 Dancing with Dementia is a powerful account of the australian academic Christine Bryden’s personal journey living with dementia. Bryden is a well-known author and advocate, having been awarded the Australia Medal (OBE equivalent) for her efforts in bringing dementia care and understanding into the 21st century. Diagnosed with young onset dementia at the age of 46, the former civil servant and mother of three went on to challenge almost every stereotype of people with dementia by campaigning for self-advocacy, writing articles and speaking at national conferences.

Bryden describes how, with the support of her husband Paul, she continues to lead an active life despite the progress of the illness, and explains how professionals and carers can help. Her descriptions of the frustrations of everyday life, memory loss and difficulties in communication will ring true with anyone living with the condition, as well as caregivers.

Dancing with Dementia was first published in 2003 but is still a hugely relevant piece of work because of its personal reflection on the nature of the condition, and the enormous energy that Bryden has brought to her work around dementia in the years since. Writing just two years ago she said, ‘Over the past few years of exhausting research, I have come to the conclusion that throughout the lived experience of dementia the self remains: we retain a sense of embodiment, as well as relationships with others.  Also we can find in the present moment a deep sense of meaning.  We might not remember events from day to day, or hour to hour, let alone speak about any of this clearly, but why should this matter?  Even a robot can keep an accurate record of its “life” but has no sense of self!’

According to one reviewer on Amazon, ‘Every carer who looks after people living with dementia should read this.’ We at Dementia Network would agree.