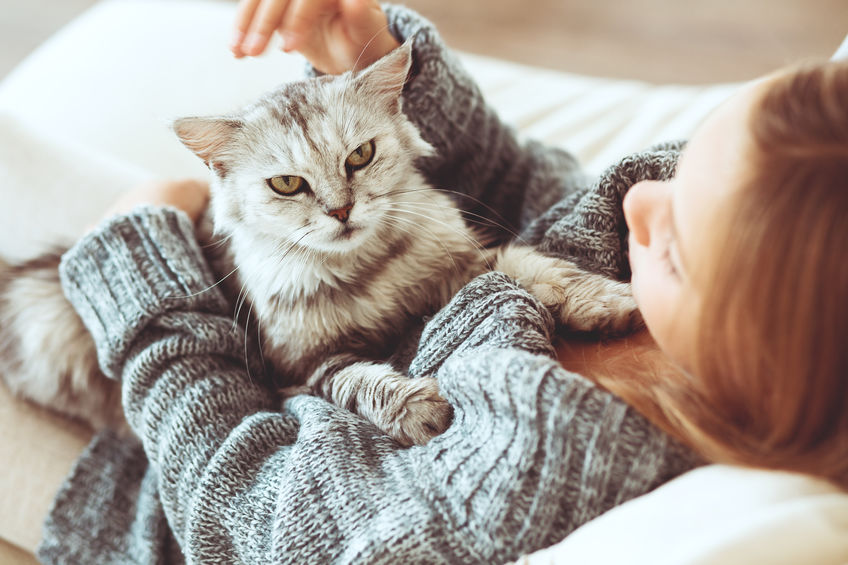 When my father was going through the various stages of dementia, I noticed that one of the things that he remained fully aware of and connected to, was his cat. The rituals of stroking, caring for and general fussing seemed to be coming from a part of his brain unaffected by dementia, and it was touching to see him engage so fully.

In fact, studies show that people living with dementia often benefit from the presence of a beloved pet. Their very presence can help reduce may of dementia’s effects – anxiety, agitation, irritability, depression, and loneliness. A 2002 study conducted in an Alzheimer’s special care unit discovered that having a friendly dog living on site led to a decrease in the amount of behavioural problems and incidents among the men and women living there. More recently, a 2016 study, published in the Journal of Nursing Education and Practice, found that animal-assisted therapy improved social behaviors among residents of a care home for those living with dementia.

It’s not surprising really – we all know that stroking a cat reduces blood pressure and stress, whether or not you are living with dementia. But while it is comforting to know that, at least in the early stages, pets and dementia are a good mix, there may come a time where a loved one needs more help to manage the duties and roles required for pet ownership in their own home. In my own family’s case, we noticed that my father had become confused about what to feed the cat, and was often adding muesli to the cat’s dish, rather than cat food. Moving packets around and making sure the cat food was clearly sited next to the dishes helped with this – sometimes simple changes are all that is needed.

In some cases the pet may become a trip hazard for the elderly, and it is likely that your loved one will be unable to keep up with things like inoculations and grooming. In these cases, making sure there is someone to oversee the general care is key. Pets should only be removed once they become dangerous for the loved one to have around, or if there are clear signs of neglect. Even then, it may be possible to replace a beloved dog or cat with something easier to care for, such as a fish, which can still bring many of the health benefits associated with pet ownership.

The important thing is to match the pet with the abilities of the person with dementia, and have someone else on hand as a backup to assist with caring for the pet.

This website uses cookies to improve your experience while you navigate through the website. Out of these, the cookies that are categorized as necessary are stored on your browser as they are essential for the working of basic functionalities of the website. We also use third-party cookies that help us analyze and understand how you use this website. These cookies will be stored in your browser only with your consent. You also have the option to opt-out of these cookies. But opting out of some of these cookies may affect your browsing experience.
Necessary Always Enabled

Any cookies that may not be particularly necessary for the website to function and is used specifically to collect user personal data via analytics, ads, other embedded contents are termed as non-necessary cookies. It is mandatory to procure user consent prior to running these cookies on your website.