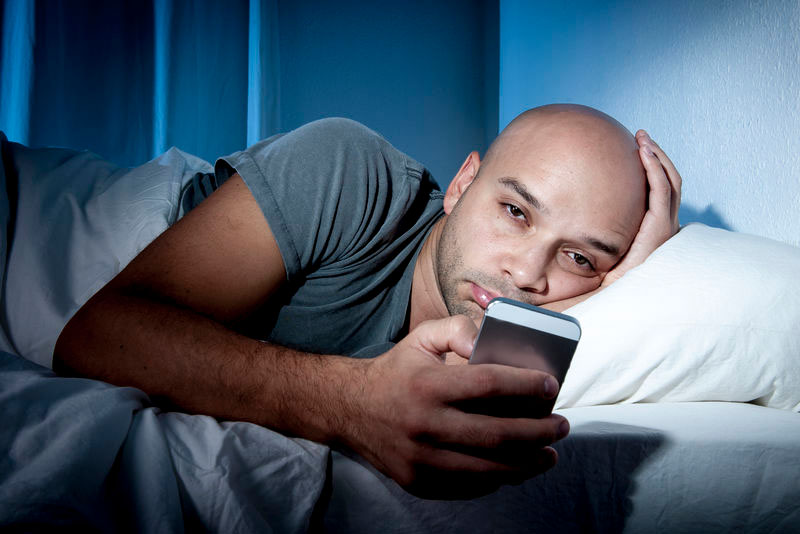 The damage to the brain that leads to dementia can start up to two decades before symptoms first appear. Harmful proteins can collect and form plaques and tangles in the brain which as the disease progresses, can lead to key areas of the brain to shrink. Some recent research has shown a link between poor sleep and an increase in the proteins that cause this damage, so keeping healthy sleep habits is one of the ways we can help maintain healthy brain function for as long as possible. Here are seven things you should try not to do.

Pulling an all nighter might seem like a good idea at the time, but it appears that tiredness isn’t the only reason to avoid staying awake all night. In a study published by Science Magazine, eight volunteers got a good night’s rest and then stayed awake for 36 hours straight.  After only one completely sleepless night – the volunteers experienced a 51.5 per cent increase in the harmful brain proteins.  In this particular study – the protein turned up in parts of the brain associated with memory which mirrors the Alzheimer’s brain. In another experiment conducted on mice, the sleep deprived mice were found to have twice as much of the harmful protein as their comparable well rested mice.

If your brain isn’t getting enough oxygen at night, that increases the risk of cognitive impairment and can possibly lead to Alzheimer’s disease. Undiagnosed sleep apnoea or not treating the condition once diagnosed is a major problem for maintaining brain health. In a study of 288 people aged 65 and older, those with sleep apnoea had 4.5 percent higher levels of the protein, Tau, compared to those who didn’t have sleep apnoea. Common symptoms of sleep apnoea are very loud snoring, noisy and laboured breathing, repeated short periods where breathing is interrupted by gasping or snorting. Those affected tend to feel very tired during the day and may have no memory of the interrupted breathing during the night which is why the condition can go undiagnosed.

Some sleep enhancing drugs can actually do more harm than good when it comes to Alzheimer’s disease. Long term use of benzodiazepines have been found to increase the chances of Alzheimer’s and common over the counter sleep aids have been linked with a 54 percent increased risk of dementia. The drugs were found to block the action of a brain chemical called acetylcholine, which is used in learning and memory.

If we get too little ‘deep’ and fully restorative sleep it may cause our brains to develop higher levels of the harmful protein Tau. Deep sleep allows us to consolidate memories and wake up feeling refreshed so it’s important that the sleep we get each night is of the best quality. Most smart watches are now able to monitor a wearer’s sleep patterns and measure the number of hours spent in the various stages of sleep during the night.

Keeping a healthy brain may be easier if we sleep on our sides, rather than on our back or stomach. Research conducted on mice revealed that the mice who slept on their sides were more efficient at clearing the kind of waste that can lead to the build up of damaging plaque than those who did not. The researchers were monitoring the lymphatic pathway in the brains of the mice which is the part of the brain that removes harmful build up and chemicals from the brain. The brain cleans itself of Alzheimers related proteins during sleep – when we sleep, scientists now believe that our lymphatic system steps up its activity to remove potentially harmful waste that has collected over the waking day. If you are not getting ‘good’ sleep on a regular basis, there is the risk that the brain will not be able to effectively cleanse the brain of those harmful proteins.

The very worst thing we can do is to stare at a phone or tablet before trying to fall asleep. Our circadian rhythm or sleep/wake pattern can be disrupted by the blue light emitted from the electronic device when used late at night. The recommendation is to avoid all screens for at least an hour (but for best results at least two to three hours) before trying to sleep which will enable optimum sleep during the night.

We all know that a good night’s sleep can make the morning seem a brighter place but avoiding these sleep no nos can now make the future of our brains brighter too.