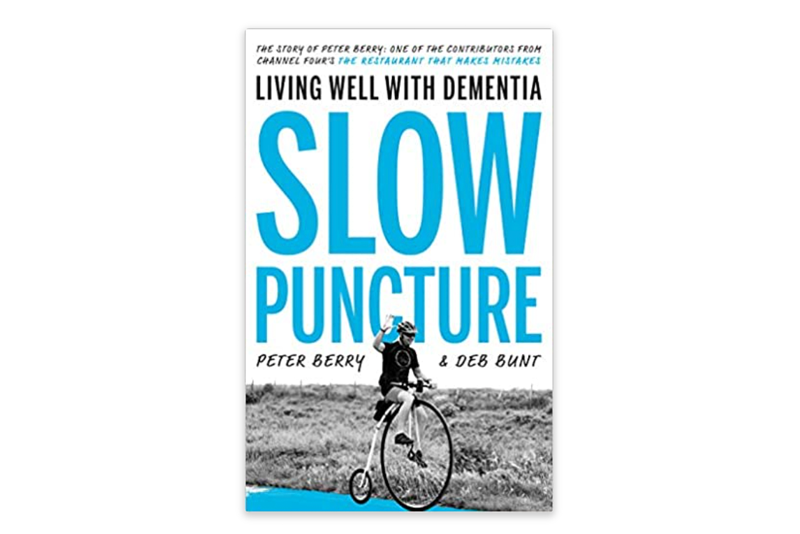 Though there are many books on dementia available nowadays, the most poignant are surely those written by those already living under the shadow of this condition. At Dementia Network we are always interested in these memoirs so we were intrigued to hear about one of the latest to be published, a book written by Suffolk-based Peter Berry, who was diagnosed with dementia at the relatively early age of 50.

The book, Slow Puncture, is an account of how Berry came to terms with his condition after an initial period of shock and depression. It was written by both Berry and his friend and cycling partner, Deb Bunt.

“It was really so that my friends and family had something to look back on” said Berry, when musing on what prompted him to write the book. He took part in some mammoth fundraising activities, including huge cycle rides, alongside Bunt. The writing of the book became a progressive challenge as the condition gradually took away Berry’s ability to put pen to paper, so the later parts of the account were written by Bunt taking recordings of what Berry said.

Nevertheless, Berry admits that in a cruel twist of the disease, today he has little idea of what is in the book he has written “It’s a book I will never be able to read” he says.

The early chapters of Slow Puncture focus on how Mr Berry came to terms with his condition, while the second half follows a year in his life, looking at how his condition affects him.

With a foreword by best-selling author Wendy Mitchell, author of Somebody I Used to Know, this is an inspirational look at both living in the present and coping with dementia.

Berry and Bunt have more cycling adventures planned for 2021, including their own version of the Dunwich Dynamo.

Slow Puncture is available from Amazon