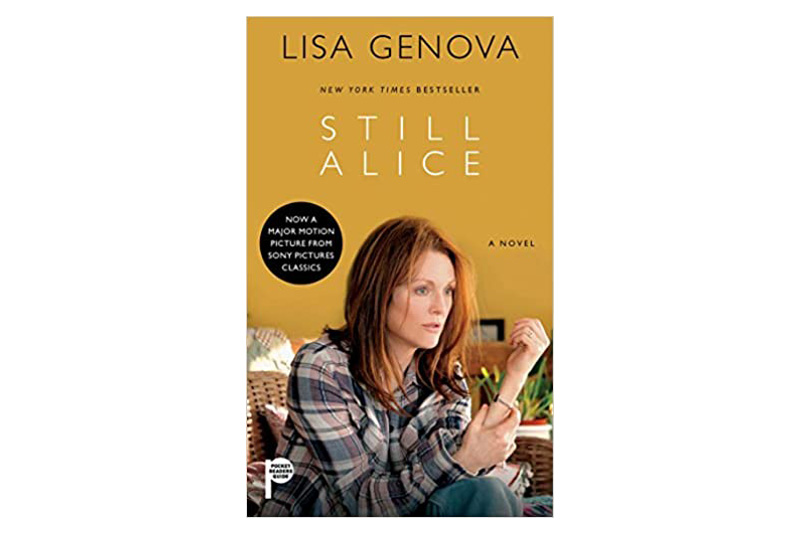 A different kind of book review this week; Still Alice is a novel (and subsequently a film) that sees a successful scientist completely thrown off course by a diagnosis of early onset Alzheimer’s at the age of just 50.

Alice Howland is a cognitive psychology professor at Harvard and a world-renowned expert in linguistics with a successful husband and three grown children. One day, while out running, she forgets the way home. At first she puts her forgetfulness down to menopause, but eventually seeks medical help and is given the devastating diagnosis. The book follows her life as she comes to accept the diagnosis, and the difficulties her family have in adapting and sharing her journey.

The book received much acclaim on its publication in 2014. The author, Lisa Genova, is a neuroscientist herself, so much of the medical information contained within the pages is meticulously researched and presented. The resulting film, starring Julianne Moore, also received rave reviews (and has a rating on rottentomatoes.com of 85%!). Something that has been applauded is the unusual angle of the story – the attempt to capture the experience of Alzheimer’s from the perspective of the sufferer, rather than of the caregivers.

Genova told the New York Times that she was surprised how many people came forward after the publication of the novel to discuss their own Alzheimer’s stories, and wanted to be ‘vulnerable’. She feels that it is one of the last taboo illnesses that means often people hide and apologise for it, rather than discuss it, something they desperately need to do. ‘“Any disease of the brain has a stigma,” she said. “It’s not like the heart or the kidney. This is something that’s wrong with you.”

The book is unsentimental in tone, even when dealing with the harsh realities of a dementia decline; Genova’s medical background may be at play here. It has a page-turning pace though, and the characters are drawn vividly and sympathetically.

The book is currently available on Kindle or from secondhand dealers, and the film is available to watch on Amazon Prime.