The Forgetting: Alzheimer’s: Portrait of an Epidemic By David Shenk 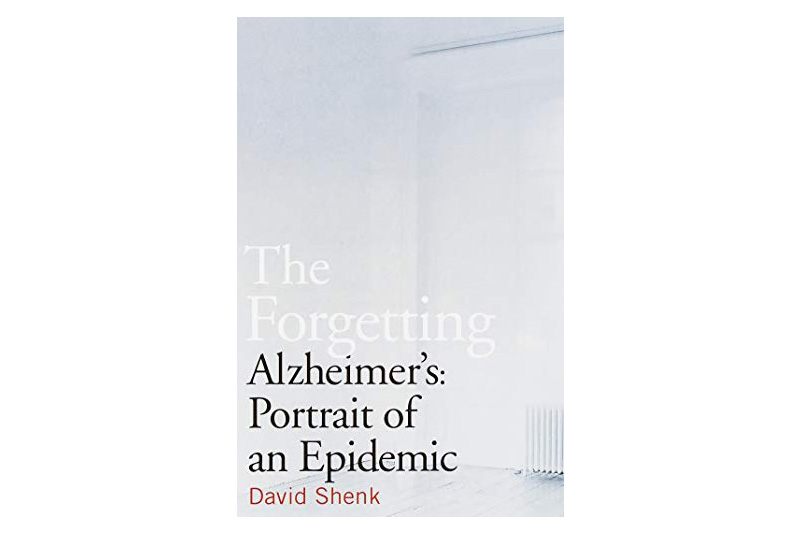 “Senility” writes the author David Shenk, “is not a reasonable part of ageing”. Being old doesn’t guarantee a dementia diagnosis, but its onset is tied to advanced age (44% of those 75-84; nearly 50% of those 85 and older). His book is a fascinating read on a condition that is unique to humans.

“I conceived of a book” says Shenk, “that might, on the one hand, catalogue the horrors of Alzheimer’s, and on the other, relay the hopeful story of the race to cure the disease”. Instead, he eventually “realised that the story of Alzheimer’s is in some ways exactly the opposite of my original premise: it is a condition specific to humans that, like nothing else, acquaints us with life’s richness by ever so gradually drawing down the curtains”.

Shenk organises his remarkable story by the categories of the disease progression: Early, Middle, and Late Stages. This style allows for a wealth of information to be delivered without overwhelming the reader. It operates as a kind of road map, history lesson, medical tool, family narrative, and clinical research within each category.

The book was released in 2001, and yet the information still feels topical – due in large part to the lack of meaningful progress in treating the condition. Technical challenges include a lack of animal studies in a disease known only to man. Conceptual challenges include defining memory: where is it formed? How is it retrieved? Researchers understand the biology of dementia – sort of – and where it originates, but not why, therefore limiting the cost-effectiveness of widespread testing. Almost 17 years ago, Shenk sounded the alarm on the wave of expected cases as Baby Boomers start to turn 65 (January 2011), yet our health system is still woefully unprepared for the expense of caring for this complicated patient population.

Throughout his writing, Shenk movingly captures the disease’s impact on its victims and their families, and he looks back through history, explaining how Alzheimer’s most likely afflicted such figures as Jonathan Swift, Ralph Waldo Emerson, and Willem de Kooning. The result is a searing and graceful account of Alzheimer’s disease, offering a sobering, compassionate, and ultimately encouraging portrait.